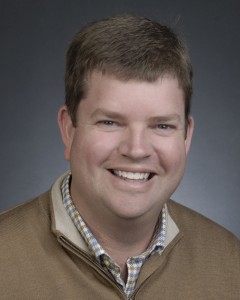 Chad Parker graduated from Mississippi State University in 1995, receiving a B.B.A. degree in Marketing/Professional Golf Management. He started his career in the golf business as an Assistant Golf Professional at NorthRiver Yacht Club in Tuscaloosa, AL before moving to East Lake Golf Club in 1996. In 1997 he was promoted to Head Golf Professional and then to General Manager/COO & Director of Golf in 2014. In 2013, he successfully completed the requirements for PGA Certification in General Management. This places Chad among the top 3% of the 22,000 members of The PGA of America.
As General Manager/COO & Director of Golf, he has been active in the area of golf tournament management, serving as host professional for 14 PGA TOUR events and 3 major amateur event. Chad also has a passion for merchandising and has been honored 13 times by the Association of Golf Merchandisers and Golf World Magazine as having one of the “Top 100 Golf Shops” in the United States. He was named Merchandiser of the Year by the Georgia Section PGA in 2002 and won the inaugural Golf World “Best Merchandising” award for in 2004. In 2011, Chad was awarded the Horton Smith Award by the Georgia Section PGA for his continuing contributions to professional education.
Chad was named as one of the “Top 40 under 40” by the Atlanta Business Chronicle in 2009 and was named a “Community Champion” by the Georgia Chapter of M.A.D.D. in 2010. In 2011, he was elected to the Board of Directors for Crime Stoppers Atlanta and currently serves as the Resource Development Chair. In 2012, Chad was named to board of Cink Charities, Inc, which currently operates a golf tournament to fund its programs.
With the help of PGA TOUR standout Stewart Cink and others, Chad created a charity golf event (The Healing Place Charity Championship, Inc.) in his hometown of Florence, AL to raise money for The Healing Place, a nonprofit facility located in Muscle Shoals, AL that provides ongoing education and support programs for grieving children, adolescents and their families / caregivers. Over the past 13 years, the golf tournament has raised over $1.6 million (net) for The Healing Place and its programs. The event received 501 (c)3 status in 2007 and he currently serves as Chairman of the Board.
Chad lives with his wife Carrie in the Druid Hills neighborhood of Atlanta. He enjoys hiking, travel, cooking (especially barbeque and other southern delicacies), University of Alabama football, fitness, live local music and making homemade dill pickles. He is a certified BBQ judge and a founding member of the competitive BBQ team “Que School”, which won 1st Place (Ribs) in the 2013 Atlanta BBQ Festival. “Parker’s Pickles” are usually available for sale to family and friends around the holidays.